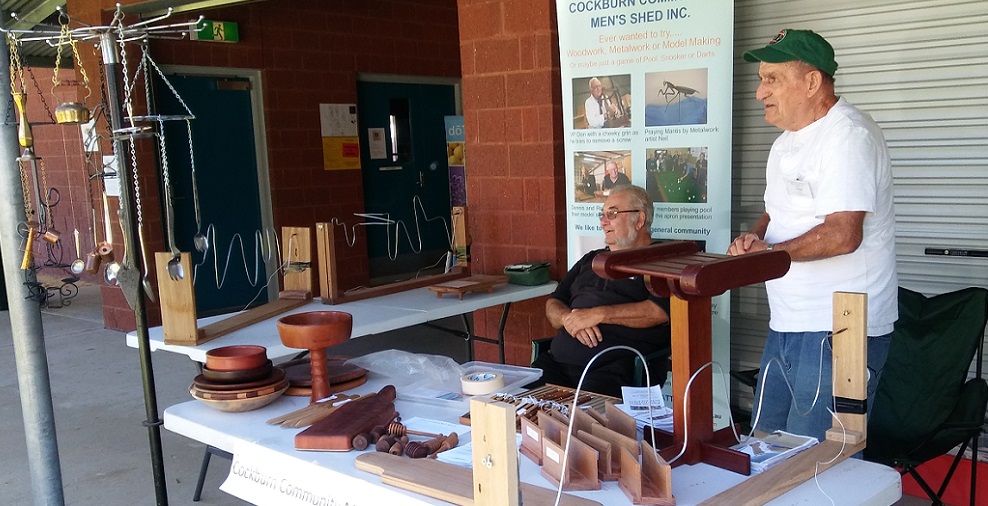 On Saturday 25th March 2017 the Cockburn Community Mens Shed were represented by running a stall at The Dogs Day Out function run by the Phoenix Primary School. Whilst in operation there were a number of enquiries from the members of the public concerning possible membership of the Shed and all were given the pamphlets concerning what we do and where we are. Sam D. and David J. did a great deal of work in rounding up material for display on the stall and were assisted by Rob Mc. In removing some of the tangles that the Wind Chimes had got into (hopefully won’t happen next time). On the day the Stall was manned by Ross J., Sam D., David J.,Rob Mc. and Dennis P. The Stall was successful in selling some of the things that had been made within the shed by various Members and the sum of $151.00 was raised